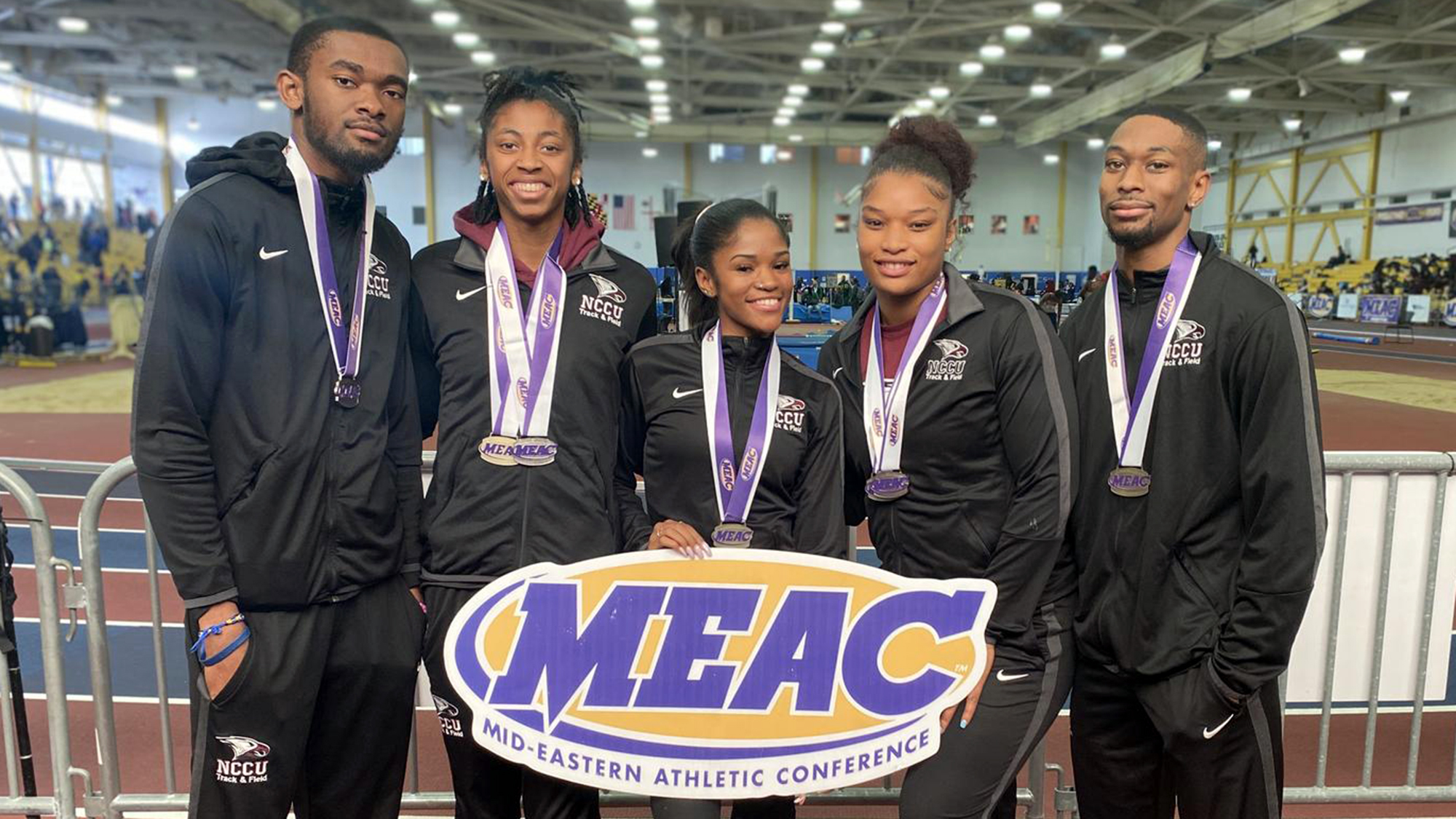 The NCCU women placed sixth as a team with 47 points, which is the most in NCCU’s Division I era, topping last year’s 41 points.

The NCCU men placed eighth with 23 points, which is the most at the indoor conference championship since tallying 24 points in 2013.

Senior Corneisha Mitchell and junior Bhrandi Crenshaw each earned a pair of medals – one silver and one bronze apiece.

Mitchell, a transfer from Hampton University, collected a silver medal in the women’s shot put with a season-best toss of 14.46 meters, and a bronze medal in the weight throw with a distance of 17.17m.

Sophomore Ashley Jean-Raymond started the medal collection for NCCU by claiming a bronze medal in the women’s 5000-meter run on Thursday, posting a career-best time of 18:23.29.

Junior Marvin Jones captured his first career medal with a third-place performance in the men’s high jump, clearing 2.05m for a bronze medal.

Junior Gordon Lewis also stood on the MEAC podium for the first time in his career after recording a season-best time of 47.86 seconds in the men’s 400-meter dash to finish in third place.

Complete results from the 2020 MEAC Indoor Track & Field Championships are available at MEACsports.com.