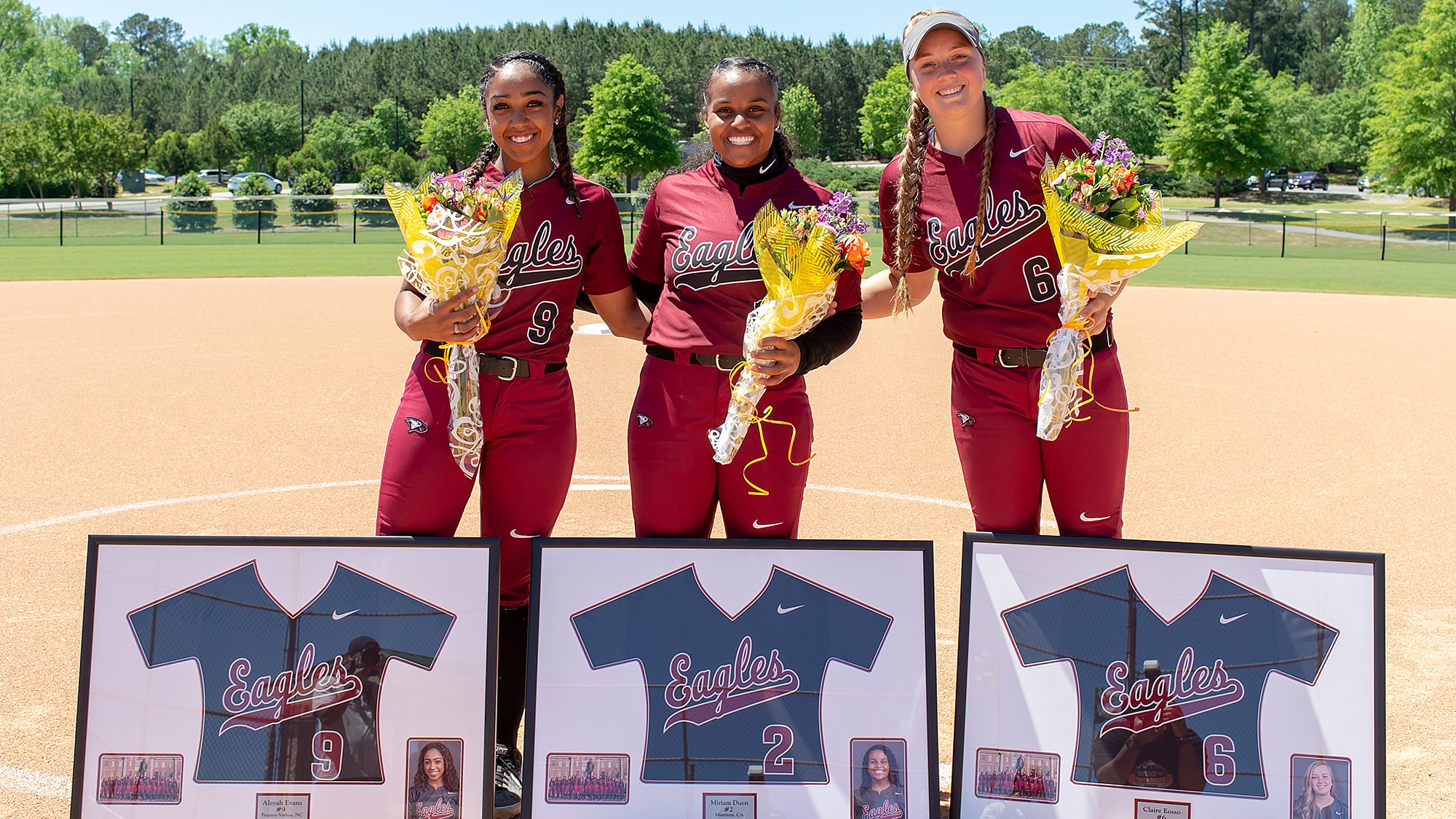 Senior outfielder Aleyah Evans hit a home run and finished with four hits and three RBI. Senior pitcher Claire Eosso had a pinch-hit single in the opener and then tossed a complete-game victory in the nightcap. Senior outfielder Miriam Duen stole second base in her lone pinch run assignment during NCCU’s late rally in the first contest. The trio was honored by the NCCU softball coaching staff and athletics department during their Senior Day presentation before the first pitch.

NC Central (19-24 Overall, 9-5 MEAC) clinched the third seed in the Southern Division for the 2019 MEAC Softball Championships with the two wins. N.C. A&T (8-28, 5-9) will be the fourth seed. The two teams will conclude league regular season play with the final game of the series on Sunday at Noon.

The Lady Eagles rallied from a 2-nil deficit in the seventh to force extra innings on their last at bat and then won it in the 10 innings on a walk-off single by Evans.

All three NCCU seniors contributed to the comeback win. Evans put the Lady Eagles on the board with a leadoff home run to start the bottom of the seventh. Evans hit her seventh home run of the season over the fence in right-center field. Eosso then pinch hit and poked a single through the right side of the infield with one out. Duen pinch ran for Eosso and stole second and NCCU was then finally able to plate the tying run on an infield single to a diving shortstop by sophomore Olivia Daniel.

NC Central outhit the Aggies, 10-3, but were held to just two singles by sophomore Jessica Powell over the first six innings. The final eight hits came between the seventh inning and the three extra frames. However, it took the Lady Eagles to the 10th inning to win it after stranding 14 runners on base.

Sophomore Kaitlyn Macon pinch ran on second base to start the decisive rally as the contest went to the international tiebreaker rule in the 10th inning. NCCU then loaded the bases on a couple fielder’s choices as North Carolina A&T tried to keep runners from advancing on each play. Evans then delivered her game-winning blooper between the shortstop and left fielder to score Macon.

Sophomore starting pitcher Kiara Hurley tossed all 10 innings for the maroon and gray. Hurley was impressive, allowing just three hits while striking out seven aggies. Hurley improved to 14-13 on the season and she did not allow an earned run in the complete game as both of the visitors runs were scored on an error.

Eosso picked up the win from the pitcher’s circle, limiting the Aggies to three earned runs on five hits over seven innings of work. Eosso (5-7) recorded three strikeouts.

Sophomore Dalika Wallace provided much of NCCU’s offense, coming a triple shy of hitting for the cycle. Wallace hit her team-high eighth home run of the season to left field in the first, doubled to left in the third and singled to the right-field gap in the fifth. Wallace drove in two runs with the homer that highlighted a four-run first inning that put the Lady Eagles ahead for good. Wallace scored all three times she reached base, including two steals in the fifth. Her second theft was on a double-steal home.

NCCU finished with nine hits. Wallace had three base hits and sophomore Jacobia Johnson singled twice. Freshman Madison Mifsud produced an RBI-single in the first and she also came up with two stolen bases. Junior Tamiera added her own run-producing hit in the third. Evans knocked in her fourth run of the day with a double down the left corner of the outfield. 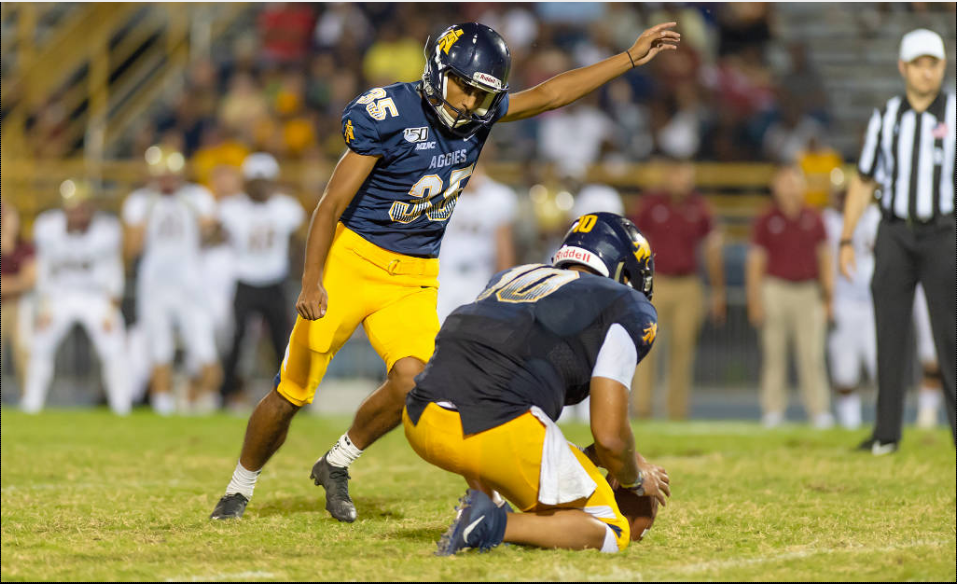 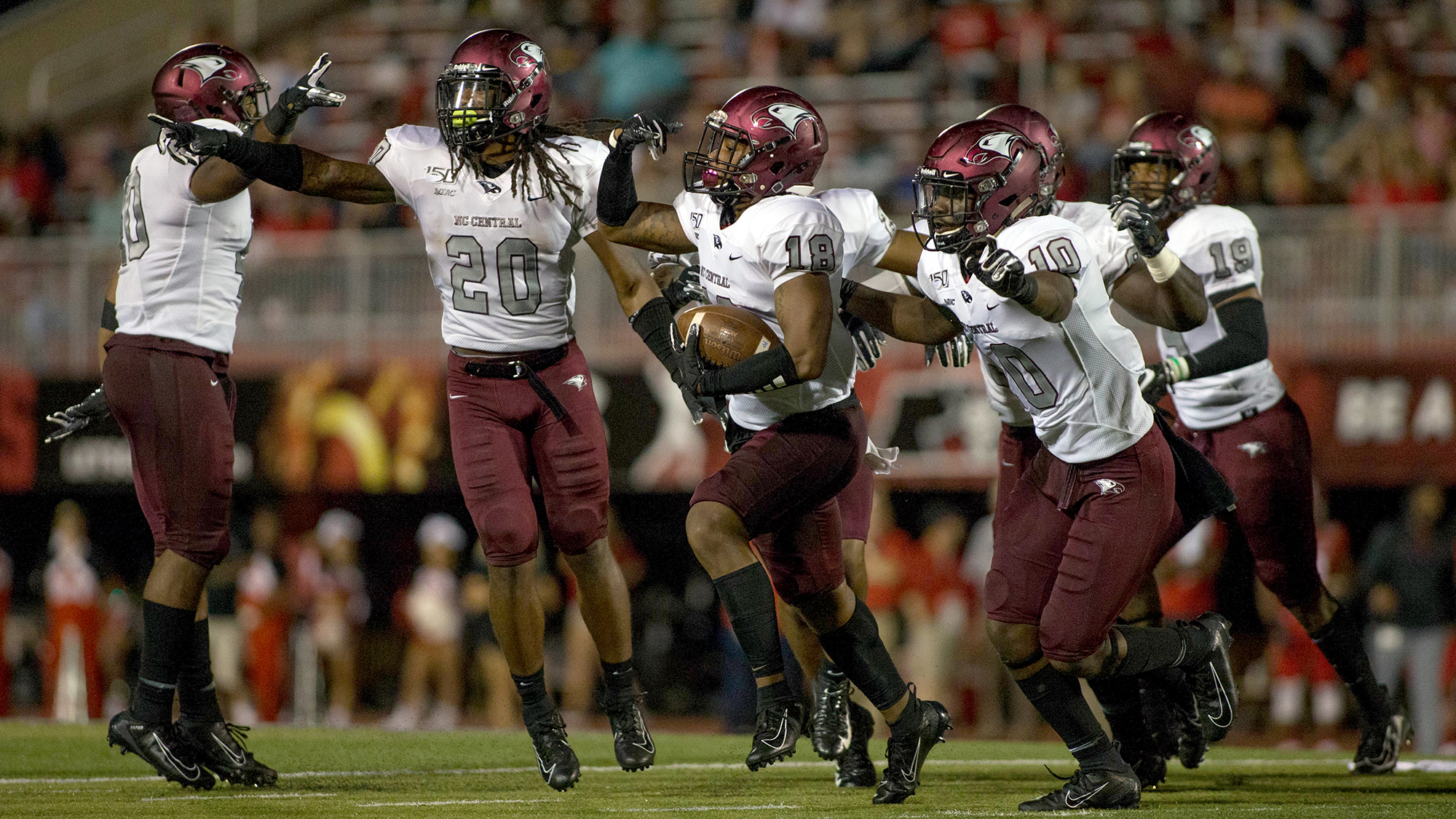 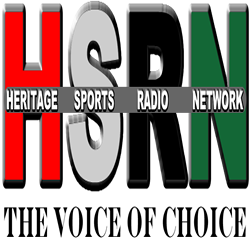